The Nuapada was a part of the princely state Khariar in the Tahasil of Mahasamund under Raipur District in the erstwhile of Central Provinces and Berar. Subsequently, in 1936 it became a new Sub-Division of Sambalpur District. A Deputy Commissioner stationed at Nuapada used to exercise the Executive and Judicial Power. While dealing with criminal cases, at a later point the Sub-Divisional Officer was assisted by Second and Third Officers to cope up with the rising volume of litigations. The second Officer used to exercise the power of the Judicial Magistrate. He used to dispense Criminal Justice. The Munsif from Bargarh used to camp here every month for a couple of days to dispose of the civil litigations. On 01.11.1949, Kalahandi formed into a new district. So Nuapada sub-division being bifurcated from Sambalpur district got annexed with Kalahandi district. After its inclusion in Kalahandi district, the Munsif Titilagarh started camping at Nuapada to deal with civil litigations. In the year 1967, the court of the Sub-Divisional Judicial Magistrate was started functioning at Nuapada. 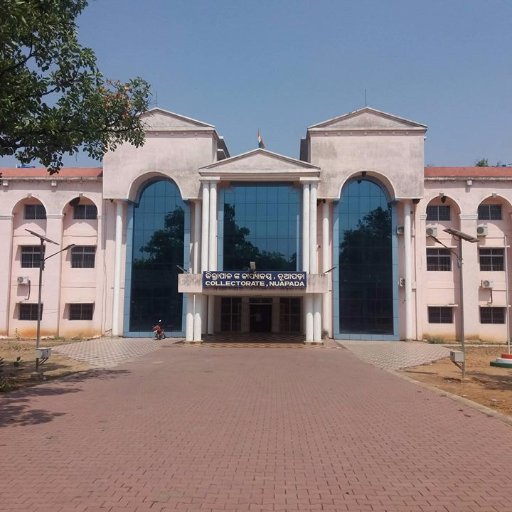 Before Kalahandi judgeship was created on 28.2.1982, it was formed a part of Bolangir judgeship. On 21st March 1987, the court of Subordinate Judge was established with the posting of Shri S.K.Mishra as the first Sub-ordinate Judge. To cope up with the rising volume of criminal litigations in the locality of Khariar, one Judicial Magistrate First Class court was opened on 21st March 1987. On 27.3.2000 the court of Addl. District & Sessions Judge, Nuapada was inaugurated by Hon’ble Shri Justice P.Ray and Hon’ble Shri Justice L.Mohapatra. Shri G.B.Pattnaik was the first Addl. District & Sessions Judge, Nuapada. On 07.07.2012, after being bifurcated from Kalahandi judgeship, the Nuapada judgeship was inaugurated by Hon’ble Shri Justice C.R.Dash, Judge, Orissa High Court. Shri M.S.Dhal, LL.M. was appointed as first District & Sessions Judge, Nuapada
The Gram Nyayalaya has also been inaugurated at Komna by Hon’ble Shri Justice R.B.Dash on 11.01.2014 for providing justice to the litigants at the doorsteps.
The new District Court building coming up is adjacent to the existing court building.

When it comes to the selection process, the candidates have to take up a written exam / Interview. Selected candidates will be paid a handsome salary (as per Govt rules). The type of questions that are asked in the technical interview round differs from one position to another. There are multiple steps for the selection process for the posts of Stenographer, Clerk, Peon, Process Server, Gardner, Chowkidar, Liftman, Sweeper, Watchman, Chauffeur, Cook, etc. in the Nuapada District Court. The procedure is as follows

We advise to you for other Nuapada Court Recruitment 2021 and selection process please read given official recruitment notification carefully before apply.

Know the current status of your case by Return SMS

Important: Case Number Record (CNR) is a unique Identity Number of each case, which remains constant. All the Advocates, Litigants, and stakeholders are requested to ascertain the CNR of their respective cases from the concerned Courts and to refer the same for all future references.